Milan - getting lost because of Gelati

Leaving beautiful Firenze behind us, we arrived after 1.5 hours trainride in Milan were we checked in at our hotel close to the central station. Although the room was nice too, it didn't had the same charming atmosphere as in Florence. But anyways, the location was perfect next to the metro station where we got a 48 hours ticket for the next days and headed to the famous Milano Duomo, which is also kind of the center if you want to call it that way. After travelling we needed some gelati and we found a fantastic place with lots of special ice creams.. I got for example fig and a yogurt-ginger-blueberry creation :) It was soo delicious and fresh, that we went 2 times there (stracciatella and lemon-basil the other time). If you ever make it to Milan, make sure to try Ciacco - it was very delicious and probably bet the one in Florence and that one was on a high level already.

Afterwards we got our tickets for the Duomo including Museum, Cathedral, Terrace. We have seen a huge crowd queuing and so we decided to pay a bit more (EUR 25.- per person) but get then to the fast- track-line without any queuing. The ticket is valid 72 hours and so we decided to get there the next day also as it was Pretty hot and I was not wearing clothes to be compliant with the clothing rules you have for entering a holy monument.

After a stroll around town we have seen another huge queue around the old post buidling of Milan. We then realized that this is the first Starbucks opened in Italy and it was the opening weekend. This was really crazy to see how people can get crazy about getting an american coffee chain into the country who has a) the better coffee (as far as I can Judge as a non-coffee-drinking person) and b) the café culture is so completely different. Italian usually get into a café to get their coffeine shot and leave then again. We will see what future brings - I am sceptical but so am I with how-McDonalds-could-survive-in-a-country-where-you-have-incredible-delicious-food - but that's another story.

In the evening we could enjoy a true highlight. Not sure where we want to go to eat, we past a side road which looked interesting - the place of interest was called Pomet. We were starving already as the restaurant we approached before was fully booked and we didn't have a reservation. Arriving at Pomet, they offered us a place next to other people and we happily accepted it. This place was a great experience - if you are into sophisticated, expensive restaurants - this is the wrong place. It is small and loud and so much fun! And the Food! Mammmaamiaaa! The menucard is small too, and if you expect a classical pizza you won't get it. It is something between Pizza and Pannini but incredibly yum! In addition it was fun to see that the waiting line for a table got longer and longer. But the waiters kept them happy with some snacks where they could try some aperitivo and even the chef himself left the kitchen from time to time to have a chat with the customers. Really really cool place and we just have seen afterwards that it is rated as No. 6 on TripAdvisor - looks like we are not the only one who like it :) I would definitively go there again and recommend it to everyone staying in Milan. The mandatory Limoncello was served too and - as you might have read about the tiramisu challenge in Florence, we had that too. This place was real fun - where else can you leave some notes at the wall if you like to? :)

Next day was the day of the Duomo Visit - as I was the first time in Milan, I guess this is a must-do. We entered first the Elevator up to the terrace, where we had a fabulous view of the city, but could also see much Closer all the Details of the Cathedral built - very impressive! We decided then to use the stairs to go down into the Cathedral as people were queuing in the hot sun for the Elevator to bring them down. We have seen then the impressive Cathedral from the inside before we also had a look at the Museum. It was impressive and I can recommend this Tourist-program to everyone especially the fast-track-ticket as we never had to wait anywhere for a long time although it was a Sunday when we were there.

In the afternoon we booked as well a Free Walking tour with the frogs :) - some former students of the University of Milan are running this organisation and our tour guide Daniele did a great job in showing us some places and sharing information about history and culture with a great sense of humour. This tour contained a break as well where he recommended another gelateria  cioccolati italiani - go there and try their creation - it is worth although Ciacco remains my favorite. Unfortunately we had to queue there and we thought we are going to miss the second part as we couldn't find any people from the group as we were late and thought they were gone. Can you believe that? We got lost because of Gelati :) As Daniele mentioned the last stop at the beginning of the tour, we decided to walk there and re-join the group for the last stop which worked out perfectly. The last stop is the stock-exchange market where you get welcomed by a middlefinger :) I can't imagine that this would work in other countries, but as art has no limits, the statue still remain there and if you understand the meaning of it, you might even get to like it :)

As the tour ended, we went to a park for an aperitivo before heading to Platina for a delicious pasta (and tiramisu) dinner before we used our last half day for shopping (another must-do when in Milano).

If you read the Florence story, you might know that the moment came we stopped laughing when arriving at the trainstation. Our train was displayed with a delay of 60 minutes (and this time it was the only train who was delayed). OK  Karma is a bitch but at least you can get Aperol Sprizz (and WiFi) at the trainstation as well which made the waiting time very enjoyable. At the end we arrived with 83 minutes delay in Zurich and this is how our Italian-short-trip-Adventure ended.

You wanna know how the Tiramisu Challenge ended? Weelll - It is still not over, the tiramisus in Milan where delicious too, but the one in Rome is still ranked as No.1.... 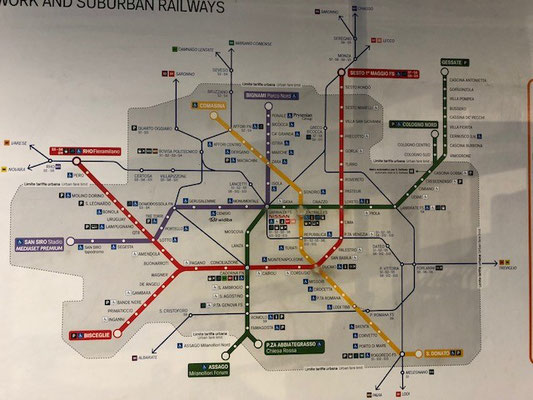 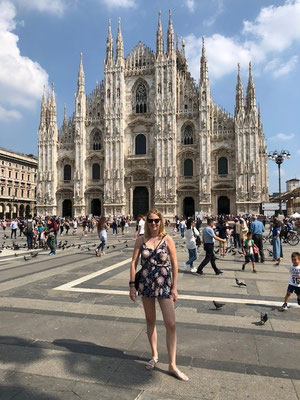 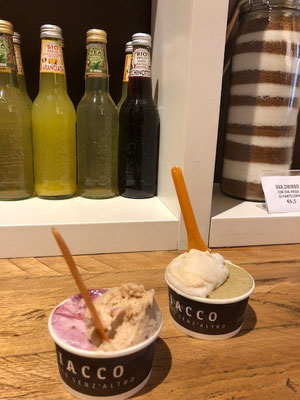 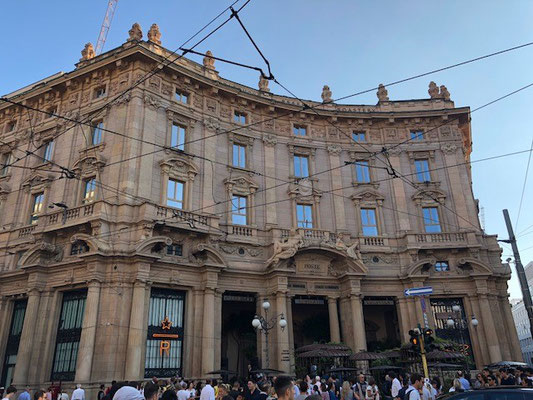 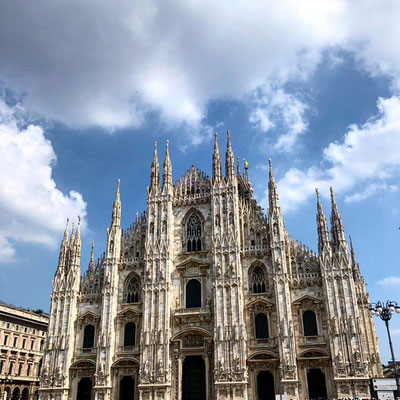 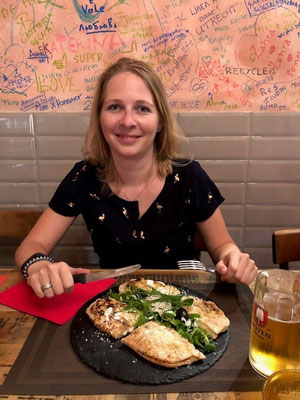 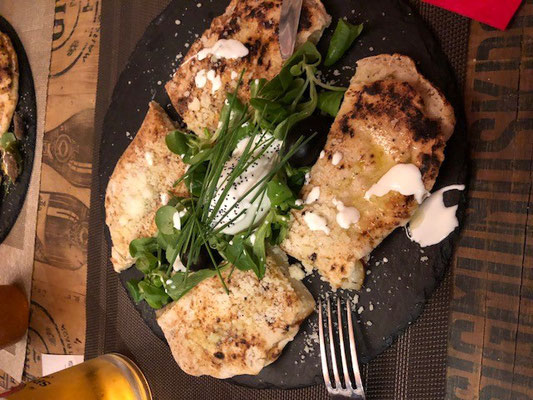 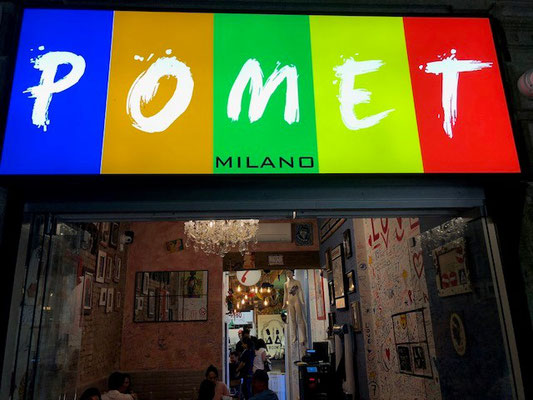 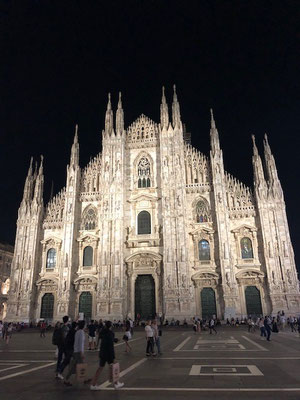 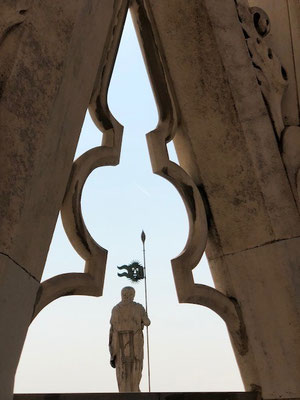 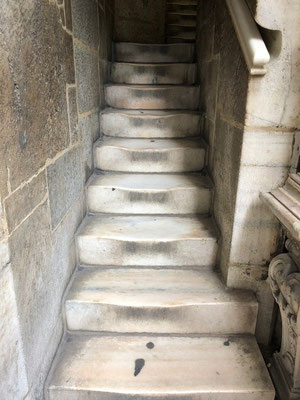 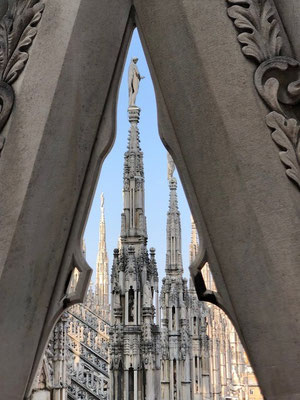 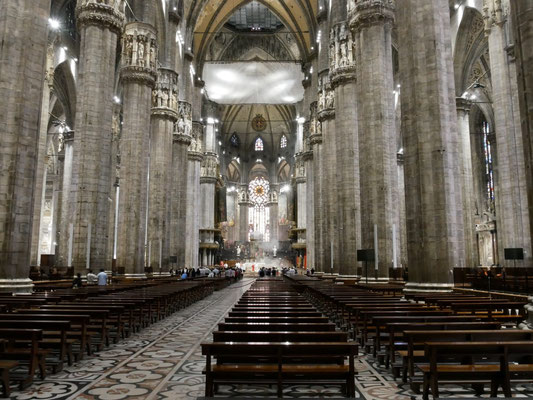 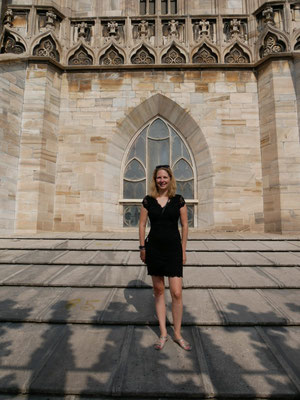 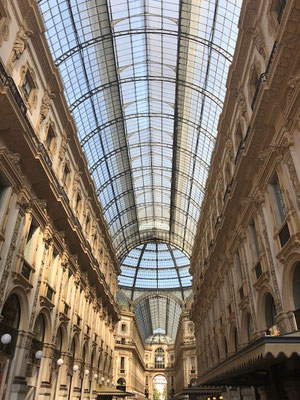 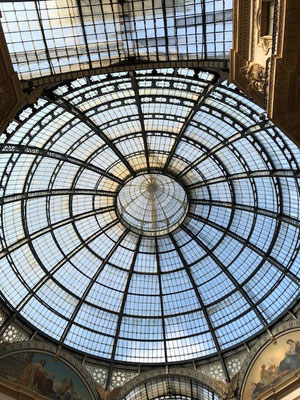 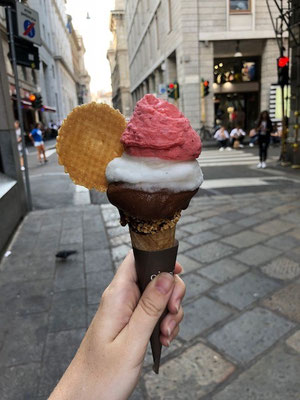 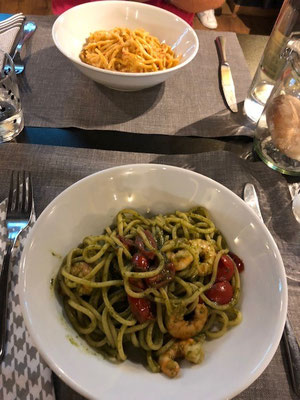 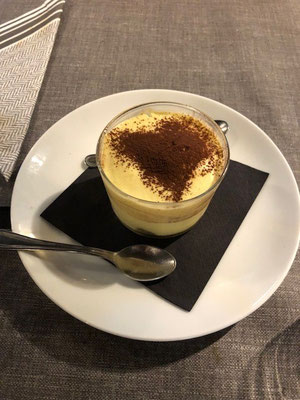 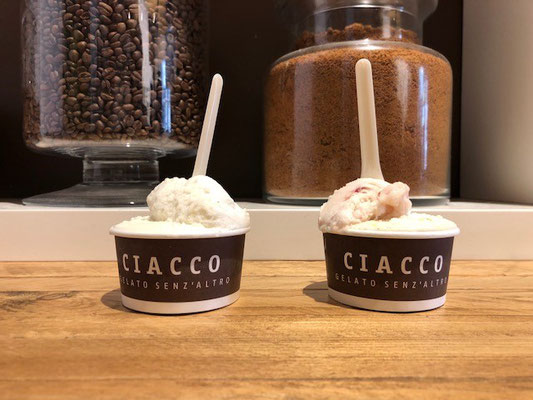 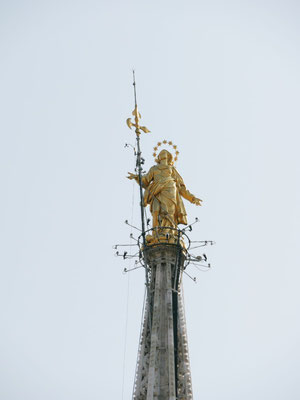 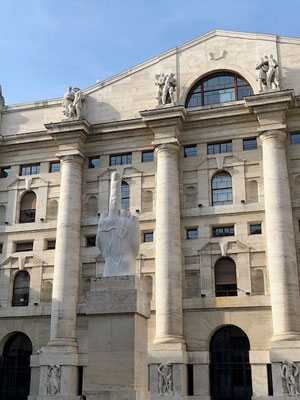 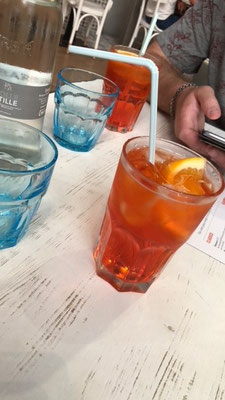