This time, in November 2017, we were only three but this doesn't mean that we had less fun than the other times (see Porto, Ljubliana). Destination this time was Athens, where I've never been before.

First I was a little panicking as there were terrible floods in Greece in the news were people got killed and I didn't want to spend a weekend having fun where people are having a rough time. On the other hand, it's exactly this time where people need help and the support form tourism.

Anyways, once we arrived it was not too bad as mainly the coast has been affected and the worst of the rain was over - it was just cloudy tough and not that warm but we got a very lovely hotel with a suite and best view to the Akropolis.

We decided to book for Friday the Pub Crawl of Athens, it is usually a great way to discover the nightlife in a City and to get around for more orientation. Another plus is that you get in touch with other tourists and enjoying the time together.

Before heading to the meeting point, we had some bits at the 360 Bar with a nice view over one of the many squares. For the pub crawl we met around 8 other people and visited around 5 different bars. My favourite was the Omikron 2, great interior design and a great rooftop bar.

I can imagine if the weather wouldn't be that cloudy, all the Greek would meet up there for a great night out, but due to the weather condition it was not that crowded.

The pub crawl ended in a club, in each pub we got a shot which was pretty ok for the 10 EUR tour. The entire crawl was around one specific quarter which is famous for it's nightlife where you can meet many mainstream clubs and bars. Personally, I preferred the alternative bars in the small alleys of Athens.

What else have we done? As we had drinks the night before and you probably know by now that as much we love drinks we love food too, we were heading to a Food Tour. As we had great experience in Ljubiliana with a Food Tour, we decided to go for it again in another city, as not only drinks are a great option to getaround, food can do that too and while walking you can burn at least a very little bit of all the tasty things you will meet and eat in these approx. 4 hours.

For everyone ever going to Athens, I can highly recommend to go for this tour. It is not that cheap tough, but I can promise you won't be starving at all and you will taste sooo many great things you probably don't know from the typical "Greek Cuisine".

One of my highlight was to see the market. If you're vegetarian or senitive to dead animals, I would not go to the meat and fish market as they basically sell every part of the animal and you get welcomed by some pork heads, but the fruits and vegetables you get there on the other side of the street look very delicious too!

The sweet Loukumades were great and at the very end before ending the tour with a traditional Gyros (when you're already full), we had incredibly delicious pies called Bougatsa (salty and sweet). It was really really cool and we had great guide explaining everything to us.

Late afternoon, we decided to head in direction of Akropolis to have the historical part covered on our trip as well. So we went up the hill, also passing the old town which is very picturesque where you get a great view to Akropolois and the city too. Because of the heavy rain it was too slippery to get closer but you have a great view of the ancient building anyways. If I will ever make it to Athens again, I will go up and tell you if it's worth the entry then :)

In the evening we went for some drinks, a yummi moussaka and a Schlummi as we were tired from the night before and were looking forward to a good and long sleep!

Last day and - rain again! Was not that bad as we had to leave anyway to the airport. We took the time there to buy some olive oil and great cosmetics products before heading back home (just in case you missed any shopping in the story, we kept that for the airport :)).

Altough it was a short time only (Friday Evening until Sunday Morning) we enjoyed every second as Greece has a lot to offer beside the great food. 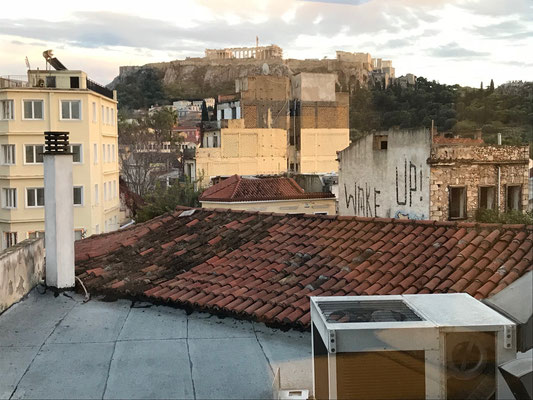 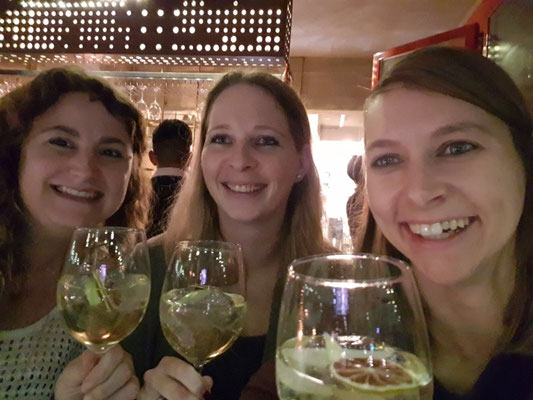 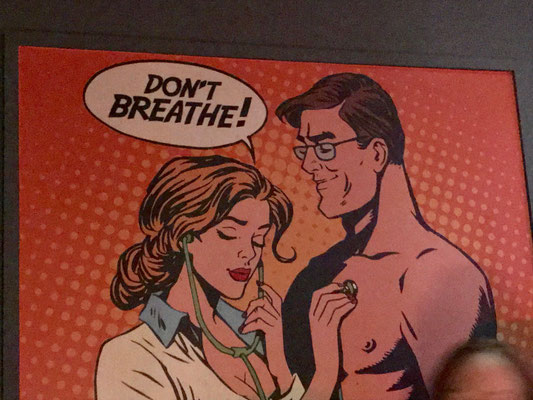 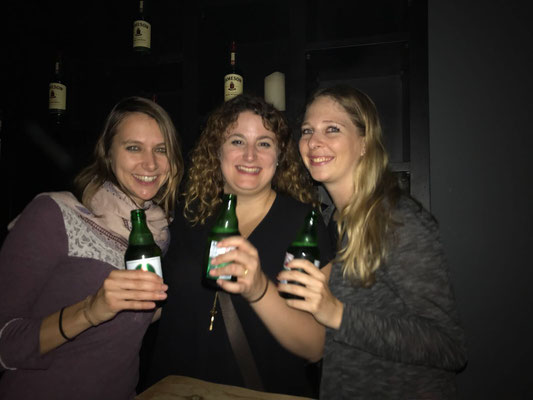 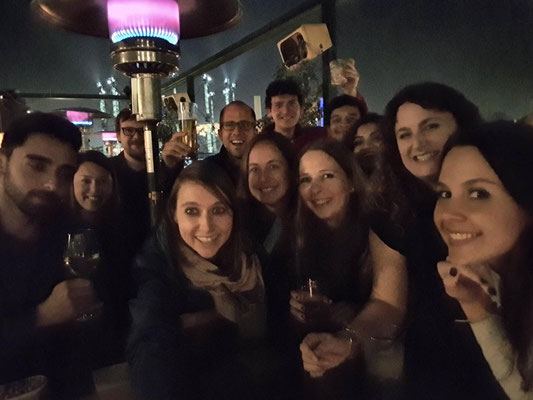 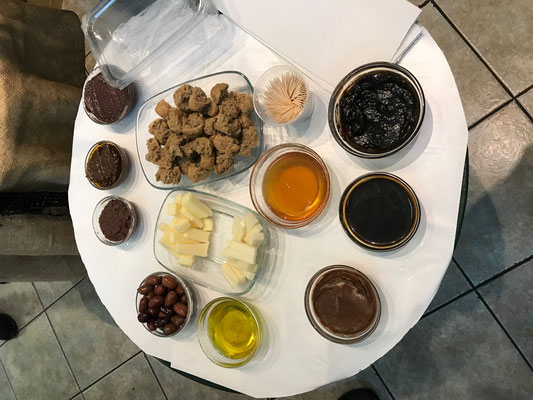 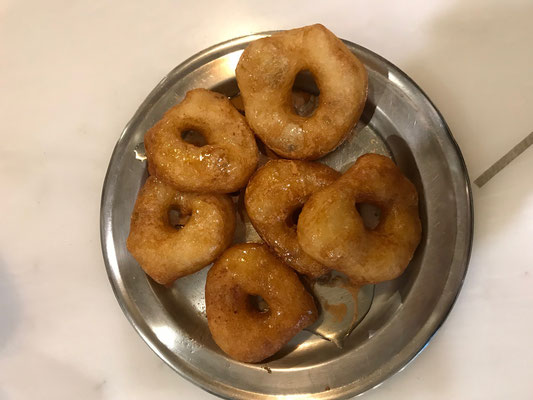 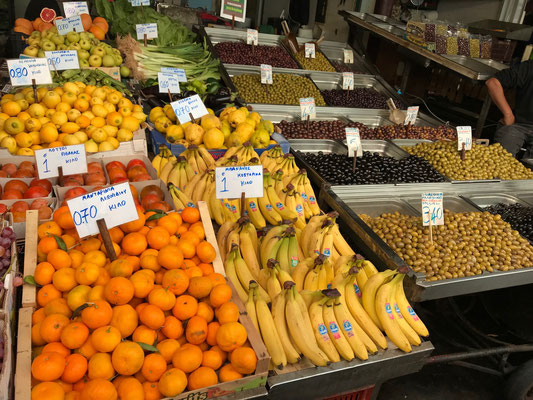 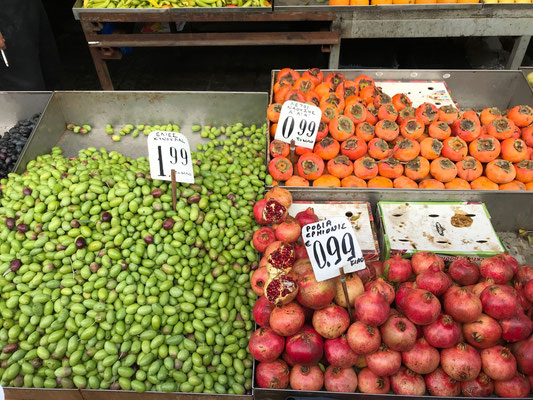 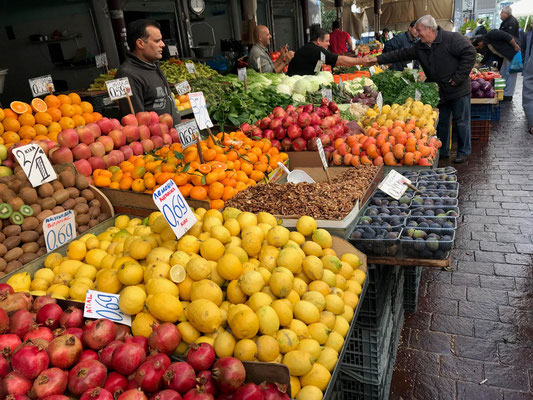 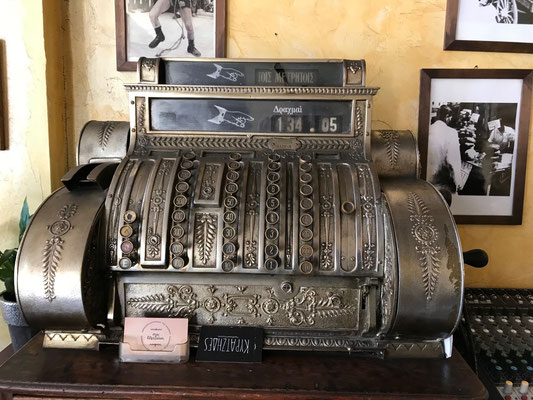 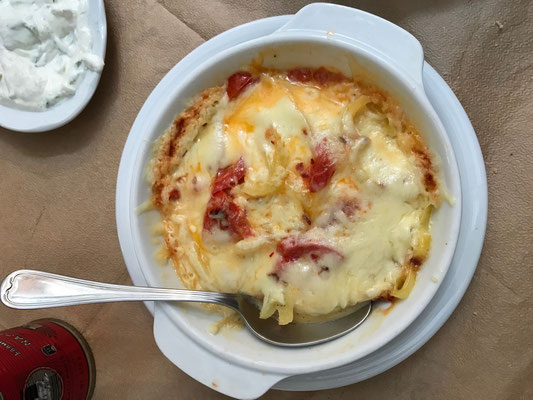 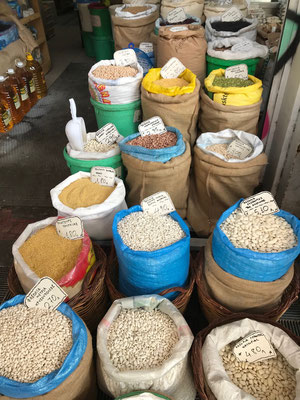 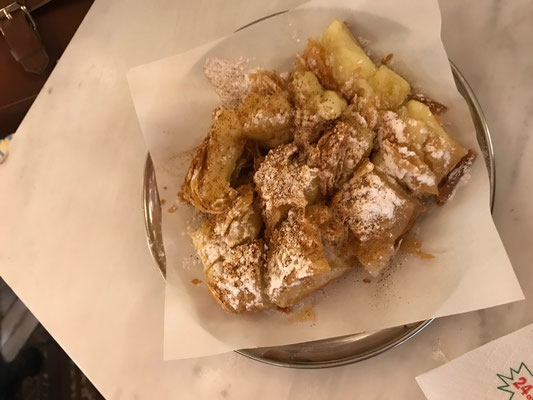 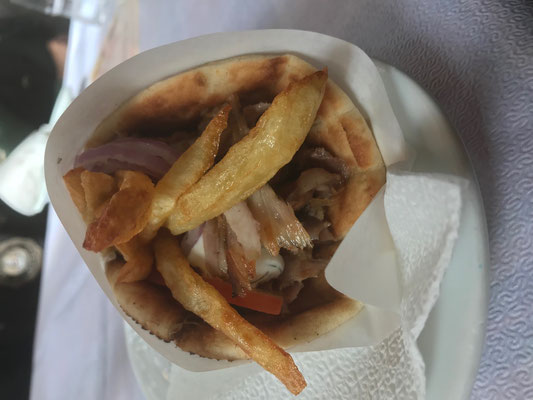 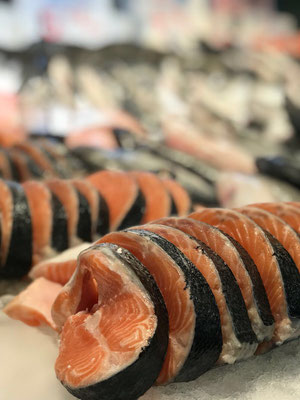 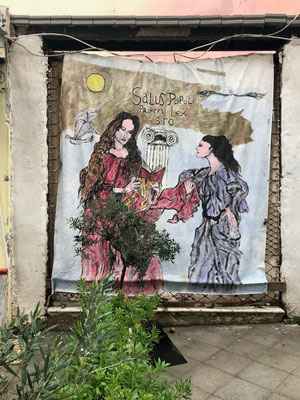 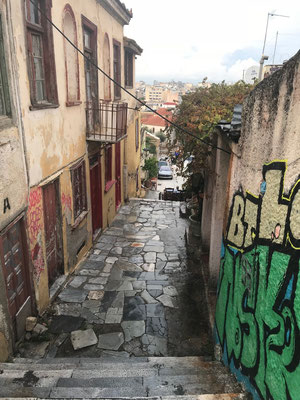 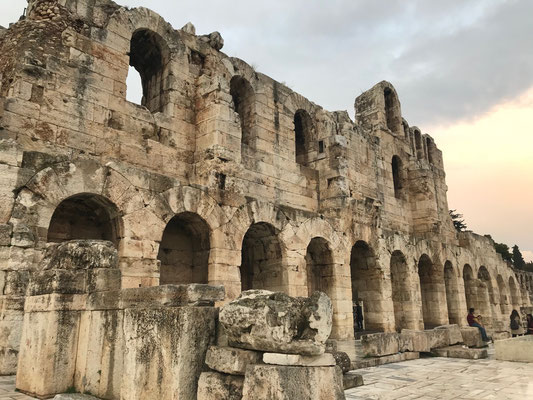 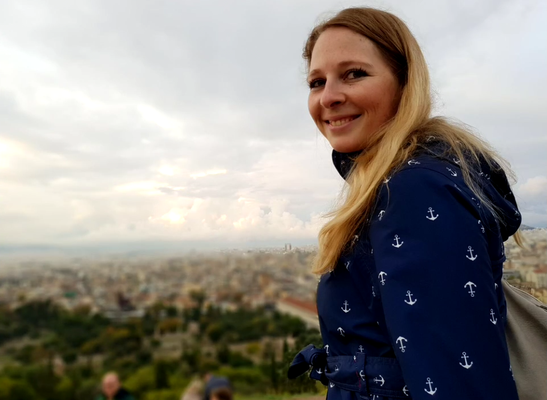 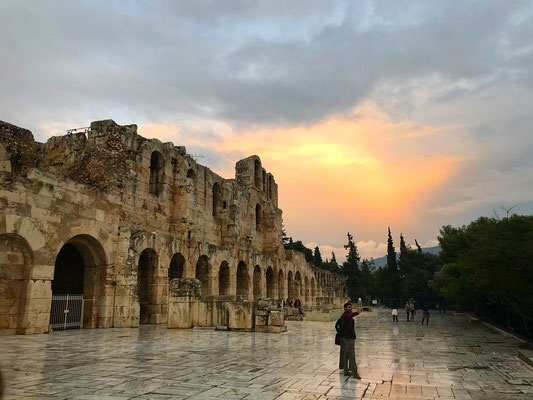 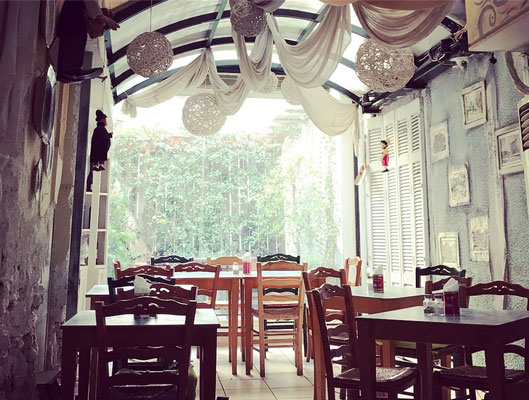 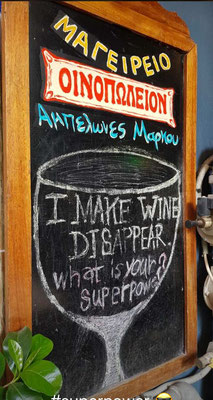 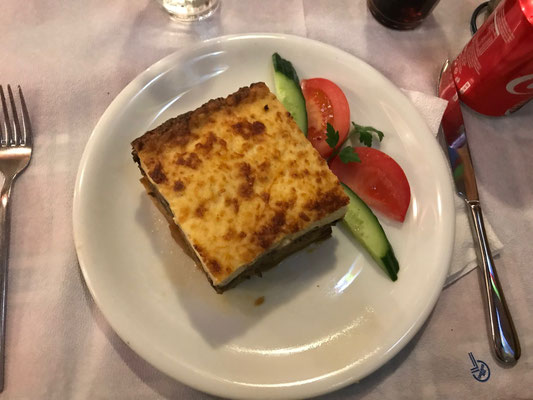 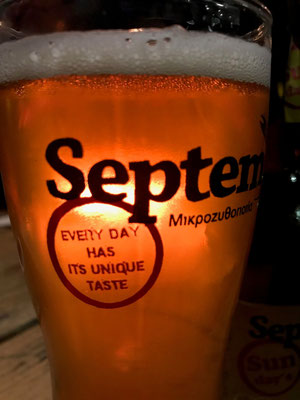 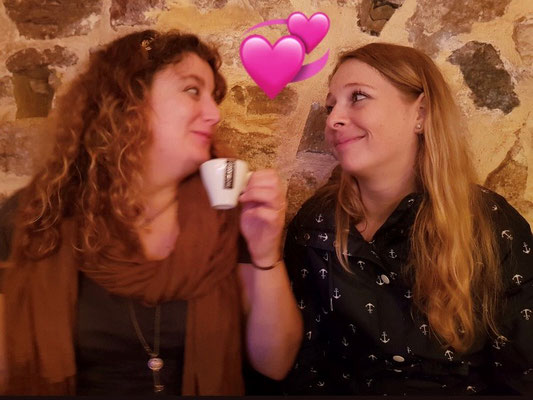 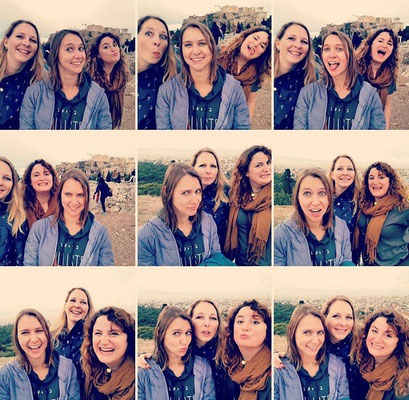